Where Can I Find the Best Vein Center Near Smithtown? And Other FAQs

Where can I find the best vein center near Smithtown?

Depending on your specific location, you can find two state-of-the-art vein centers near Smithtown. Vein Treatment Clinic is an incredibly reputable medical center specializing in minimally invasive varicose vein treatments. We have two medical centers in Long Island, located in Roslyn Park and Lindenhurst, and another facility is soon opening in Jericho. All existing and forthcoming locations are highly-accessible to patients from Smithtown and other neighboring regions.

The following are directions to our vein centers from Smithtown:

You can schedule an appointment at your nearest vein center online.

Dr. Caroline Novak and Dr. Kamran Saraf are widely recognized as the best vein doctors in Long Island. They’re both incredibly talented, kind, and compassionate vascular surgeons with specialized training in vascular imaging and the latest minimally invasive vein treatments. They believe that everyone’s vein treatment experience should be physically and emotionally comfortable. To that end, they explain every step of the vein treatment process to their patients to alleviate their concerns and anxieties.

The following is an overview of Dr. Novak’s certifications and educational background:

The following is an overview of Dr. Saraf’s certifications and educational background:

What are the signs and symptoms of vein disease?

Before we discuss the signs and symptoms of vein disease, it might be beneficial to explain venous insufficiency. Chronic venous insufficiency is a medical condition wherein your vein valves collapse. The vein valves are usually responsible for effective one-way blood circulation to the heart. When they collapse, the force of gravity makes your blood flow backward and accumulate in your leg veins. The continued accumulation of blood in the leg veins leads to various vein problems, including spider veins, varicose veins, etc.

The following are the early signs and symptoms of vein disease: 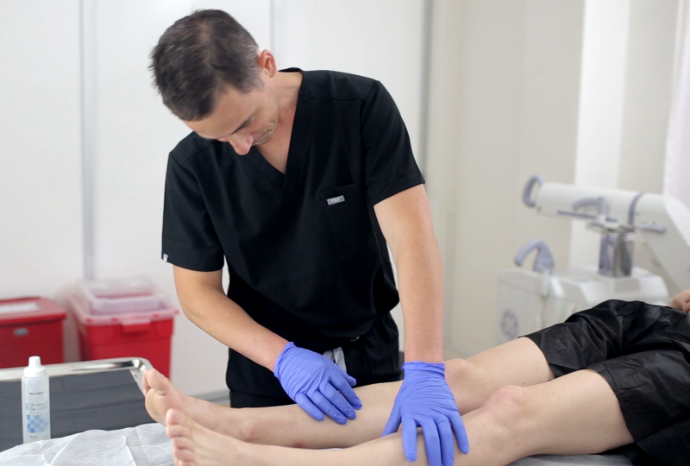 What happens if I don’t seek varicose vein treatments?

Venous insufficiency is a chronic condition that worsens with time as more blood continues accumulating in your leg veins. If you don’t seek vein treatment, your vein problems will continue escalating until you experience other problems.

The following are some of the advanced complications of untreated vein disease:

What are the best treatments for spider veins and varicose veins?

Minimally invasive procedures are the best treatments for spider veins and varicose veins because they’re safe, effective, painless, and conclude within an hour with no downtime. However, there are several minimally invasive vein treatments, including radiofrequency ablation, endovenous laser ablation, VenaSeal, sclerotherapy, and ambulatory phlebectomy. The ideal vein treatment for you depends on your specific condition.

The following is a brief description of the best minimally invasive treatments for spider veins and varicose veins: