Dr. Caroline Novak is a double board-certified vein doctor near Floral Park, NY. She’s currently seeing patients at a vein center within the Truth and Beauty Med Spa at 250 S Service Rd, Roslyn Heights. However, that’s a temporary location while we build out a state-of-the-art vein center in Jericho, right beside the northern state parkway. Dr. Caroline Novak is highly accessible to patients in Floral Park — the vein clinic is less than 15 minutes away via I-495 E. You can schedule a consultation online or call us at +1 631-919-4495.

Dr. Caroline Novak has flawless 5-star reviews and ratings from her patients. She has performed hundreds of minimally invasive vein procedures without complications or problems. One of her recent patients said, “Wonderful staff, excellent service, and a really friendly and comfortable office environment! Would recommend this specialist to anyone in the Roslyn area.”

Dr. Caroline Novak is a double board-certified vein doctor specializing in venous medicine and internal medicine. The following is an overview of her educational background and credentials: 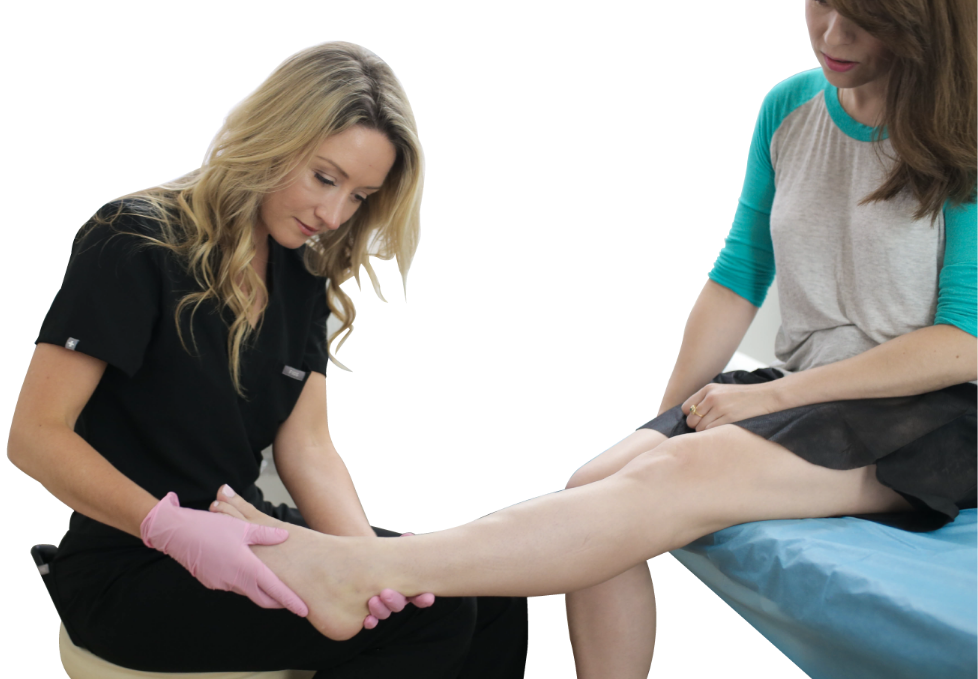 Dr. Caroline Novak has excellent bedside manners — she’s kind, compassionate, and focuses on her patients’ overall well-being. She believes the doctor-patient relationship is a crucial component of successful vein treatments. To that end, she discusses every step of your vein treatment journey from the initial consultation to the recovery, so you know exactly what to expect. She also discusses your medical history, family history, and insurance coverage options to recommend the ideal vein treatments for your unique needs.

During your initial consultation, Dr. Novak examines your leg veins, spider veins, and varicose veins. She reviews your medical history to determine if you have a high risk of vein disease or a history of deep vein thrombosis. She may ask about your symptoms — restless leg syndrome, frequent leg cramps, leg heaviness, and leg pain are common signs of underlying venous insufficiency. After the initial consultation, Dr. Novak administers advanced vascular imaging tests to visualize the blood flow in your leg veins — this is the ultimate test of vein disease.

The first stage of the vein treatment addresses the underlying venous insufficiency — this is only necessary if you have underlying vein disease. The best treatments for vein disease include radiofrequency ablation, endovenous laser ablation, and VenaSeal. These procedures have the same underlying goal to collapse or close the diseased saphenous vein, but they approach that goal through different methods. Once the diseased vein is closed, the accumulated blood automatically reroutes to healthier veins.

The second stage of the vein treatment process is a cosmetic treatment, i.e., removing the superficial varicose veins and spider veins. However, if you don’t have underlying vein disease initially, the vein doctor can move to this stage directly. Ambulatory phlebectomy is the vein treatment for superficial varicose veins, and sclerotherapy is the minimally invasive procedure for spider veins.

During ambulatory phlebectomy, the vein doctor makes small incisions on the skin’s surface to physically extract the bulging veins. During sclerotherapy, the vein doctor injects a medicine called sclerosant into the spider veins to fuse their walls, turning them into hardened scar tissues that eventually get absorbed by the body. The spider veins usually fade away within 3 weeks.