What are the Treatment Options at a Varicose Vein Treatment Center Near Me in Babylon?

What’s the best varicose vein treatment center near me in Babylon, Long Island?

Vein Treatment Clinic is widely considered the “best varicose vein treatment center near me in Babylon,” or at least that’s what our 5-star ratings and reviews say! Patients love VTC Long Island because we provide some of the latest and safest minimally invasive vein treatment options that are incredibly effective, cause little to no pain, and conclude within an hour with no downtime, allowing you to return to work immediately.

Furthermore, our board-certified vein doctor is incredibly kind and compassionate, and she makes sure that you’re physically and emotionally comfortable during the entire procedure. Our state-of-the-art vein center believes that each vein treatment should be tailored to the individual patient’s specific needs, a considered approach that’s helped us maintain a perfect track record of treating vein disease without complications.

Vein Treatment Clinic is one of the most accessible vein centers in Long Island, located on the Montauk Highway in Lindenhurst, a short 5-minute drive from the southern state parkway, right beside the Bergen Point Golf Course and the Southward Ho Country Club. Our vein center is also highly accessible to the Babylon community since it’s less than 5 minutes from the Babylon Argyle Park via NY-27 A E.

What are the best minimally invasive vein treatment options?

During your initial consultation, our vein clinic administers ultrasound tests to determine if your spider veins and varicose veins are caused by underlying vein disease. If so, we recommend minimally invasive vein treatments that remove or collapse the diseased saphenous vein responsible for the spider veins.

We provide highly-effective minimally invasive varicose vein treatments that cause minimal pain and discomfort, have a negligible risk of side effects, and conclude within an hour with no downtime. Radiofrequency ablation and endovenous laser ablation are also covered by most insurance plans because they’re medically necessary procedures.

During endovenous laser ablation, the vein doctor administers local anesthesia and creates an incision on the skin’s surface. The vein doctor drives an endovenous laser fiber into the diseased saphenous vein under ultrasound guidance. Once the laser fiber is lodged in place, the vein doctor activates it to generate laser energy, immediately destroying the problematic vein. The accumulated blood flows to healthier veins, restoring smooth blood circulation to the heart. 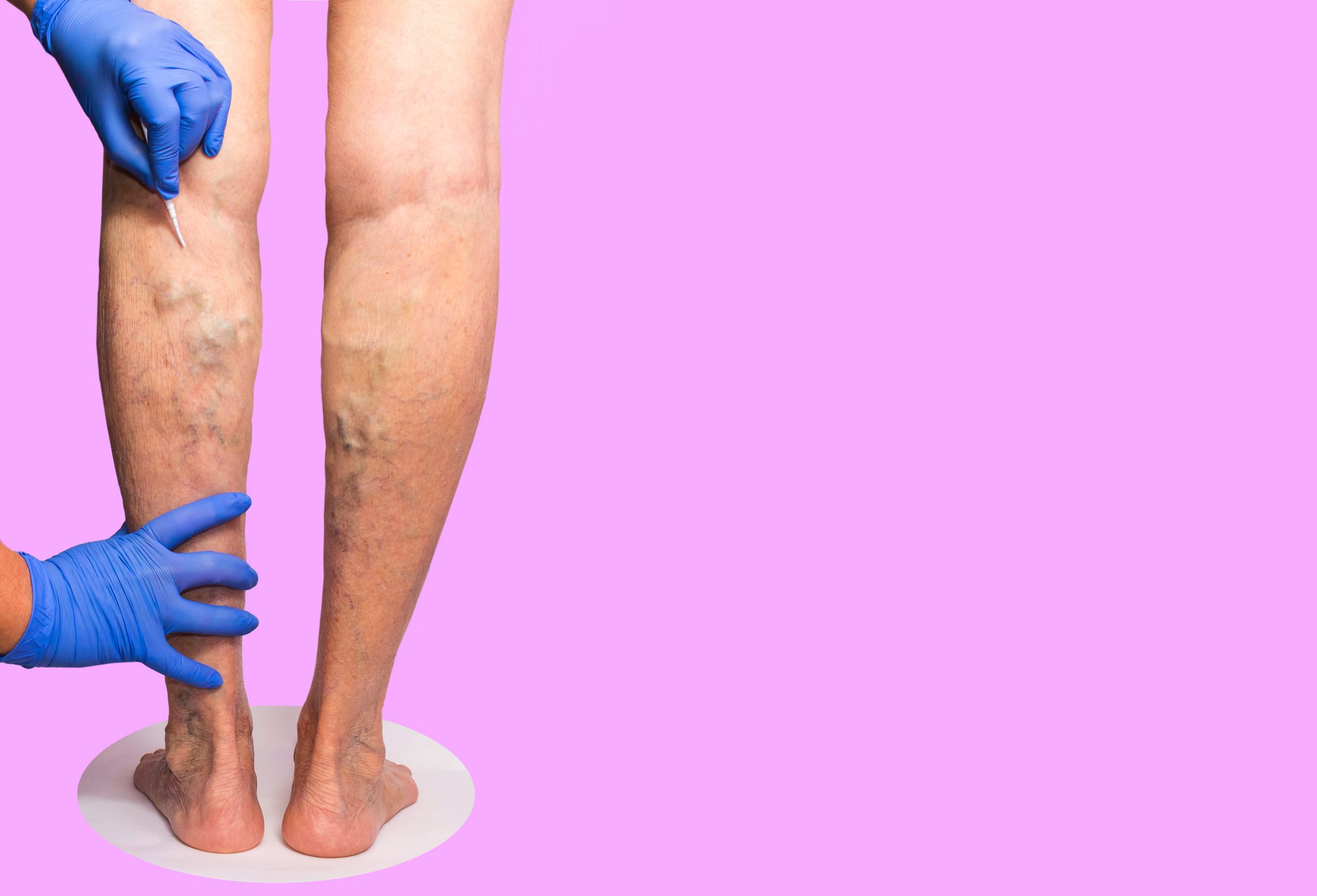 VenaSeal is a medical adhesive used to seal vein walls. The vein doctor injects the medical adhesive into the diseased saphenous vein under ultrasound guidance. The vein glue seals the saphenous vein’s walls, turning it into scar tissue. The accumulated blood flows to healthier veins, and the diseased vein eventually gets absorbed by the body. VenaSeal has only recently received FDA approval, so it’s not yet eligible for insurance coverage, unlike radiofrequency ablation and endovenous laser ablation.

What are the best minimally invasive treatment options for spider veins?

Ambulatory phlebectomy and sclerotherapy are the best minimally invasive vein treatments used to remove superficial varicose veins and spider veins. However, these procedures aren’t covered by insurance plans because they’re not medically necessary, since they only remove the visible symptoms without treating underlying vein disease.

Ambulatory phlebectomy is a minimally invasive procedure in which the vein doctor physically removes the superficial varicose veins through strategically-placed incisions on your skin’s surface. This procedure leads to instant results, and the incision scars gradually heal and disappear in a few weeks.

Schedule an appointment with our vein center in Long Island.

Vein Treatment Clinic is the best state-of-the-art vein center in Lindenhurst, Long Island, less than 5 minutes from Babylon via NY-27 A E. For more information, please schedule an appointment today.