Best Vein Doctor Near Me in Rockville Center, Long Island

Dr. Caroline Novak is widely recognized as the “best vein doctor near me in Rockville Center.” You don’t have to take our word for it, you may go through her exceptional patient reviews and track record for yourself. But why is Dr. Caroline Novak the best vascular surgeon near Rockville Center? What sets her apart from other vein doctors and vascular surgeons in Long Island?

The following are some of the many reasons Dr. Caroline Novak is the best vein doctor near Rockville Center, Long Island:

Dr. Caroline Novak’s vein clinic is a short 5-minute drive from the southern state parkway, so it’s extremely accessible to the neighboring towns, including Babylon, Amityville, Merrick, Plainview, Islip, etc. VTC Long Island is next to the Bergen Point Golf Course in Lindenhurst, less than 30 minutes from Rockville Center via southern state parkway or NY-27 W. We also provide plenty of parking spaces!

Healthy veins contain vein valves, flap-like mechanisms that allow blood to flow towards the heart but prevent it from flowing backward due to gravity. Venous insufficiency occurs when your vein valves collapse, causing blood to flow backward, accumulating in the leg veins. The continued accumulation of blood in leg veins leads to vascular dilation, eventually leading to spider veins and varicose veins, i.e., dilated blood vessels.

In the past, the only way to treat vein disease was through surgical procedures — the diseased vein would have to be identified and removed from your body. Vascular surgery has a relatively low success rate and high risk of side effects and complications. These days, the best vascular surgeons only provide minimally invasive varicose vein treatment options because they’re safe, highly-effective, and conclude within an hour with no downtime. 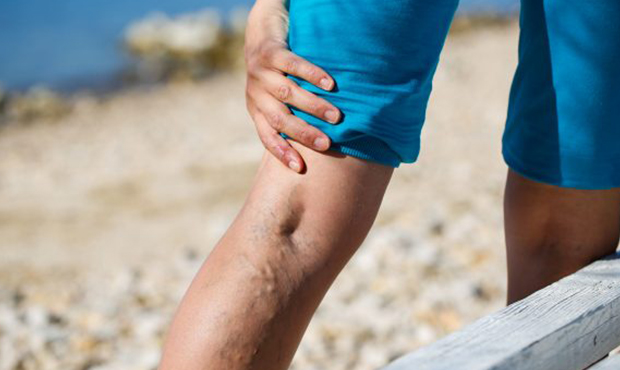 The following is a brief summary of the best minimally invasive treatment options:

Are you suffering from spider veins or varicose veins? Vein Treatment Clinic is a state-of-the-art vein clinic with the best vascular surgeon in Lindenhurst, Long Island. Our vein clinic is highly accessible and has plenty of parking spaces. For more information, please schedule an appointment with our board-certified vein doctor today.